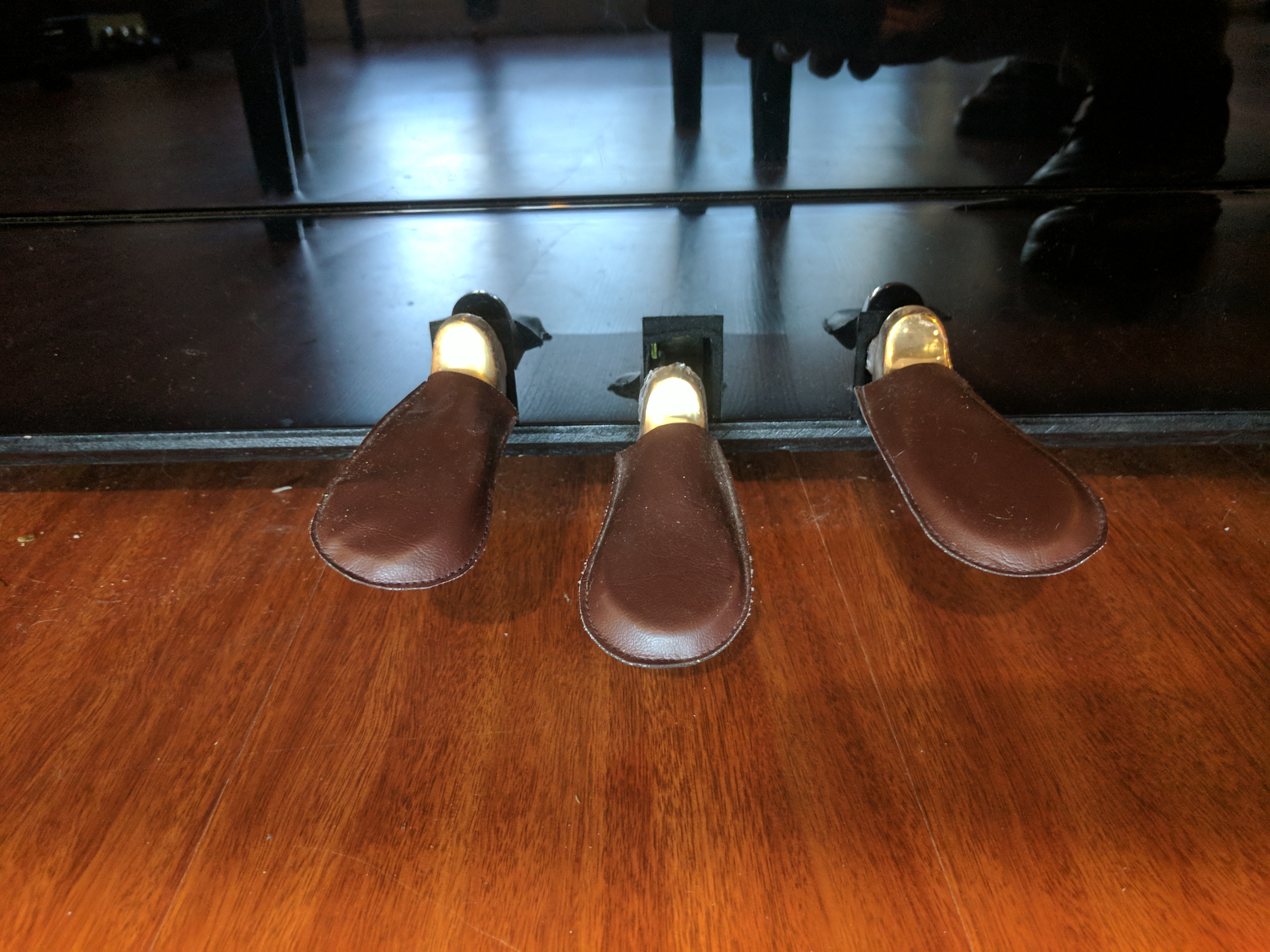 Piano technicians are often asked “What’s the middle pedal for?” especially as it relates to an upright piano.

Many older upright pianos used the middle pedal as a bass sustain pedal. In some of the cheapest manufacturers it was only there for decoration as it was directly attached to the same mechanism the sustain pedal toggled. A few modern makes have managed to create a true “Sostenuto” like what it common on quality grand pianos, the Hailun HU-7 is one of those instruments, but mostly it is used as a practice pedal.

When you depress the pedal it is often possible to push it to the left so that it is always engaged for the duration of your practice. You’ll notice the sound isn’t nearly as bright or as loud.