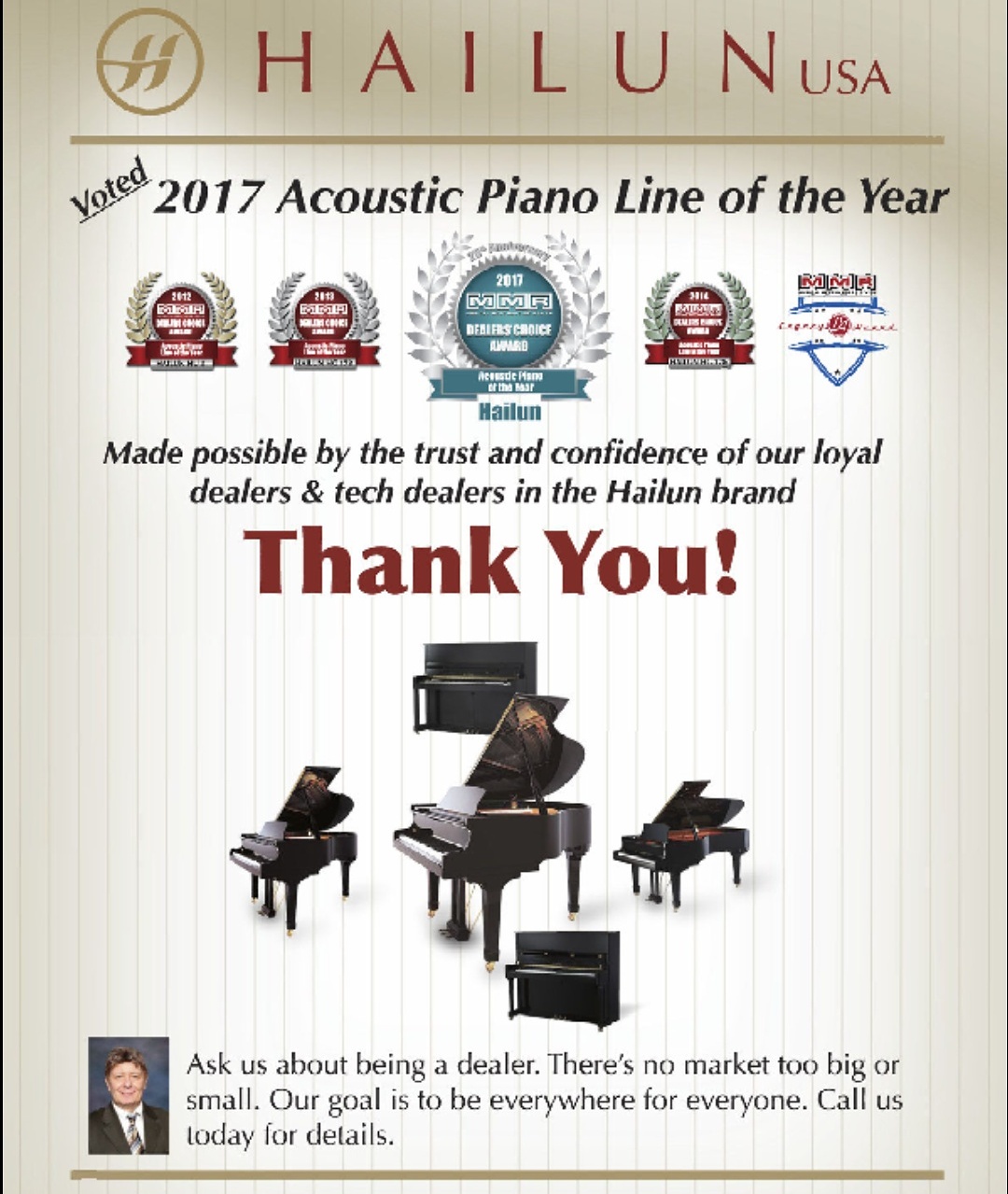 Hailun: Piano Line of the Year!

Any time I see someone touting an award I like to ask who they were up against and is it the sort of award where everyone got a trophy? Here are some details about who was in this competition:

Hailun is the only one who received this very prestigious award for 2017 and it’s not the first time they’ve won! They won consecutive awards for 2012, 2013, and 2014 before the organization asked Hailun to pull out of the competition and granted them a Legacy Award. This year there was more and better competition so Hailun Pianos got back in the game to win again.